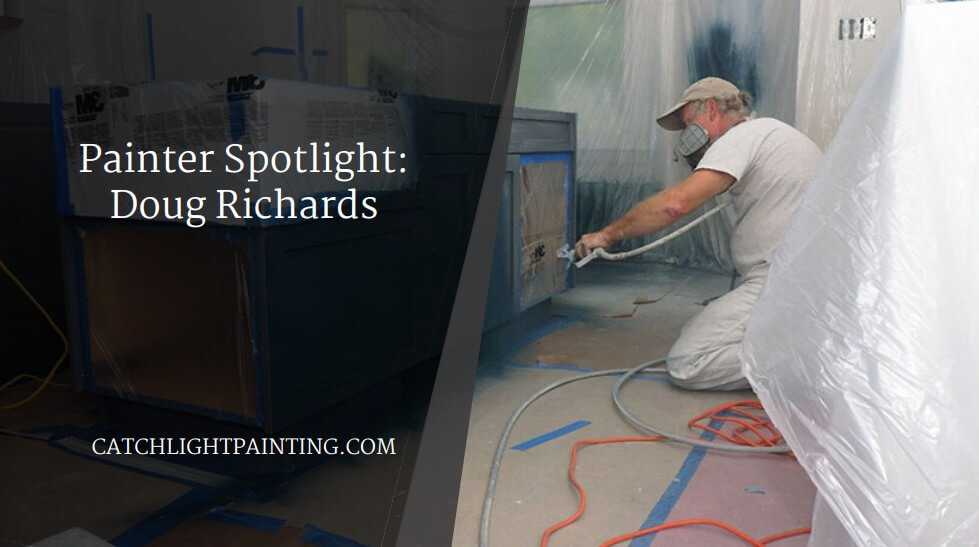 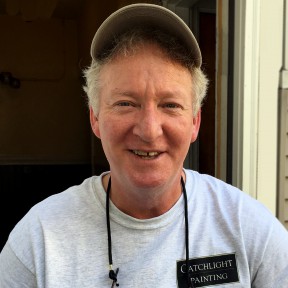 Doug has worked with Catchlight for 6 ½ years. Prior to that, he worked at one company for a whopping 24 years, and a third company for 10 years. Doug is Catchlight’s resident carpenter, and we are happy to have him for the unique skill set he brings to the table as well as his one-of-a-kind personality.

Doug is humble, but he has accomplished a lot. At 28, he built a majority of his New Hampshire house. He contracted someone to do build the frame and the walls, but he did all the interior work.

He is happy to paint, but Doug loves carpentry. His favorite things to do are casing out windows and interior trim work. The smallest carpentry job he’s ever done is replacing baseboards and window trim. When I asked him what the largest job he’d ever done was, he said residing a barn with shingles. He didn’t even mention the house in New Hampshire until I did!

Doug got started in carpentry because he couldn’t afford to hire a carpenter, so he took it upon himself to learn. He has a great work ethic, and he credits his father, a Head Engineer, whose philosophy was, “Do it right or don’t do it at all.” 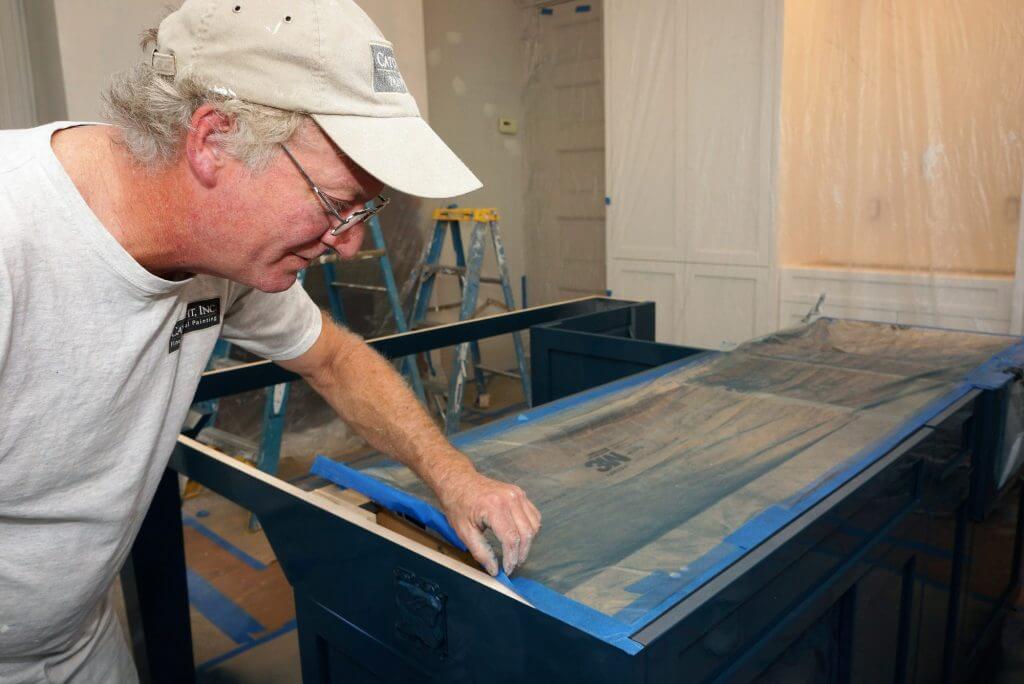 He grew up in Wayland with an older brother and sister as well as a younger sister, and now lives in Holliston. He has a wife, daughter, son, and a golden retriever named Jaeger.

The longest job Doug ever worked on lasted somewhere between 7 and 8 months. At one time, he worked on a house up in the mountains, where he snowmobiled to work every day. Snowmobiling and water skiing used to be what Doug did for fun, but he says he’s gotten enough injuries from those activities, and nowadays he prefers much lower-risk activities, like listening to his favorite band, Heart.

At his last job, Doug was a foreman, and he thought this time he would leave the responsibility to someone else. Nigel convinced him otherwise, and that all the advantages of being a foreman were worth the added responsibility. We’re happy to have Doug leading jobs, and happy to have him back on the job at all, since he broke his arm at the beginning of the summer and was out of work for several months.